World RX’s return to the Birthplace of Rallycross was announced by the FIA on Wednesday [December 7], confirming that the world’s best rallycross drivers will once again race head-to-head at the historic venue.

In addition to the global stars in all-electric World RX machines, internal combustion engine Supercars from 5 Nations BRX will also be in action throughout the weekend, competing in a points scoring round that has been added to the existing 5 Nations BRX Supercar schedule.

The plans will allow the UK and Ireland’s top Supercar drivers to race on the world stage, while also offering the opportunity for overseas Supercar participants to compete on the revised Lydden Hill circuit, with a wide loose-surface opening corner and large jump.

5 Nations BRX Supercar will now take place over seven weekends in 2023, with events in England, Wales, Ireland and France.

“Rallycross is at our heart as a venue so adding a round of 5 Nations BRX Supercar to the World RX weekend in July is a no-brainer for us. This will give fans the opportunity to watch the world’s best rallycross drivers in the very latest machinery, while also enjoying the sights and sounds of more traditional Supercars. We have more exciting plans for the event to reveal in the coming weeks, and tickets will go on sale before Christmas.”

“It’s fantastic to give 5 Nations BRX Supercar drivers the chance to race at Lydden Hill in what will be one of the most anticipated rallycross events in the world next year. The new Lydden layout was well received by our drivers last month in the 2022 finale, and it’s fantastic to also be travelling to Lydden in the middle of the summer, in addition to the opening and finale weekends of our season. We will give entry priority to those drivers who are supporting 5 Nations BRX in 2023, but will also welcome one-off entrants, as we do to all our rounds, for what should be a brilliant weekend.” 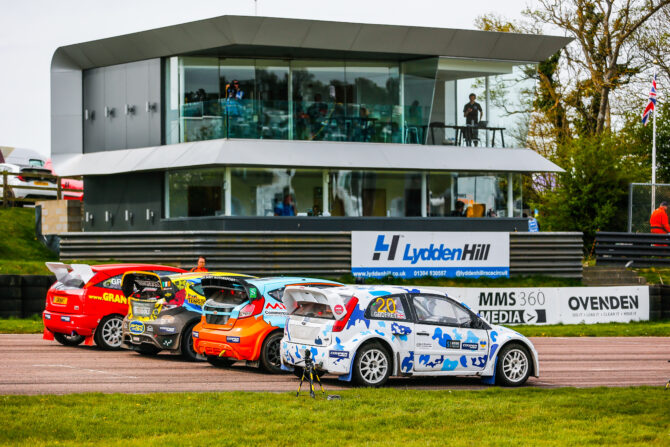 The pinnacle of the sport last raced at the Kent venue in 2017, but having switched to a brand-new era of all-electric cars at the top level, will now return to the circuit that hosted the first-ever rallycross event on February 4 1967, joining renowned venues such as Holjes in Sweden, Hell in Norway and Cape Town in South Africa on the 10-round calendar, as announced by the FIA World Motor Sport Council today [December 7].

Lydden Hill has undergone significant developments since World RX last raced at the venue, including changes to the track.

The re-profiled opening corner has increased overtaking opportunities in events run on the revised layout so far, while the large jump in the first half of the lap has added a third dimension to the challenge for drivers, and a spectacular sight for the fans.

The 2022 World Rallycross Championship was won by Swede Johan Kristoffersson, followed by former champion Timmy Hansen and Finn Niclas Gronholm. The World RX grid of 500kW, four-wheel-drive electric cars is expected to increase for 2023, while other on track racing action will also take place at Lydden Hill across the weekend.

Further information on the event will be revealed in the coming weeks.

Access to the circuit is strictly via the A2 only, the surrounding roads including Wootton village will be inaccessible to the public. Please be aware of road signage.

About the organizer
Lydden Hill